This is the topic where you can post pictures or videos about your setup.

Best if it comes with some explanations! How you use it? How is it routed? What’s the role of the gear in your workflow? What’s the most important things for you while playing?

I was on the way to get a pizza, for reasons too boring to describe, it went with me to get the pizza!

Anyway, more importantly, I got it home to the official package inspectors,

I thought it was new hardware day, apparently it was actually new nap place day…

But what you can also see between the cats, is how amazingly it was packed. This was obviously this was packed by someone who cared.

And it came in its own padded tote bag 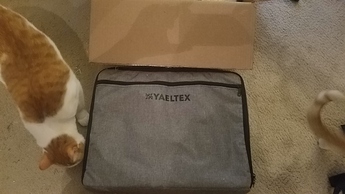 I think we got the Official Package Inspector Approval 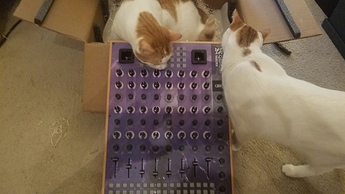 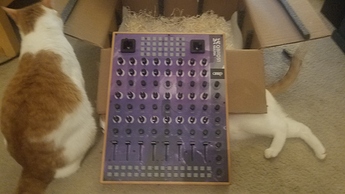 And OMG it really is a BEAUTIFUL controller! ('scuse the foot please… lol)

Good MIDI controls, though, some not blurry pics might help… lol

I mean… actually generally an unremarkable undercarriage … lol. Nice rubber pads, nice name plaque with SN. Solid material. But unremarkable is what you want. So that’s points in my book!

This thing is SOLID!

Like, if there is ever a zombie apocalypse, I’ll grab my Yaeltex controller to bludgeon the zombies, then go make music. That should be your tag line! Yaeltex: so solid it could bludgeon a zombie then make music!

So… the nutshell version is, I wanted a Livid DS1 but well Jay Smith was diagnosed with ALS and well… Is doing some amazing things… Some of you may recognize it under its more sexier moniker Lou Gehrig’s disease, but… whatever you call it, it may not affect a large portion of the population, but I’ll bet it affects someone you know (well… me! and you know me… one of my best friends growing up was diagnosed with ALS… but I’ll bet it affects someone you know to less degrees of Kevin Bacon…) and the scariest thing is there are no precursors… You can’t just like jog a mile every day, or eat an apple every day to ward of ALS…

Anyway, I named my controller “QBRDS1” as a sort of play on and tribute to the Livid DS1 since it was in large part my inspiration for the controller I built. I think Jay is doing amazing work and I support him, but I also needed a way to manage multiple tracks. ALS is fucked up yo, and should get more funding than it does.

I love my Push to death. But it’s got a one track mind. Yea, in “Session View” it can trigger clips on any track… but even then you can only control ALL A sends, or ALL B sends, or ALL volume faders… What if I want to turn the volume up on this track, while turning down the fq on a filter? Can’t really do that on the push. ESP when I want to tune the filter on this track, the delay on that track, the volume on that track, and the… IDK flanger on that track.

It was Ill.Gates showing me Hempress Sativa and Paolo Baldini (he has a really great The Weekly Download on “(dub) mixing as an instrument”) with Paolo Baldini basically playing the mixer as an instrument that got the gears in my brain churning… The way Ill.Gates does it, he uses a MIDI FIghter Twister, and a) they’ve been sold out, but 2) I REALLY LIKE FADERS! lol… (which lead me to the DS1). I tried the AKAI MIDI Mix, and everything was too small… not to mention not enough knobs. I tried the Novation XL, and not enough knobs, and it was just not very easy to configure… But I’m getting the notion that’s just MIDI devices in general… Tedious…

Ultimately, the QBRDS1 is the culmination of a lot of dreaming, cursing, and thinking… lol. It’s got an Open Source firmware, which is really kind of the biggest thing to me… Though there’s a giant learning curve 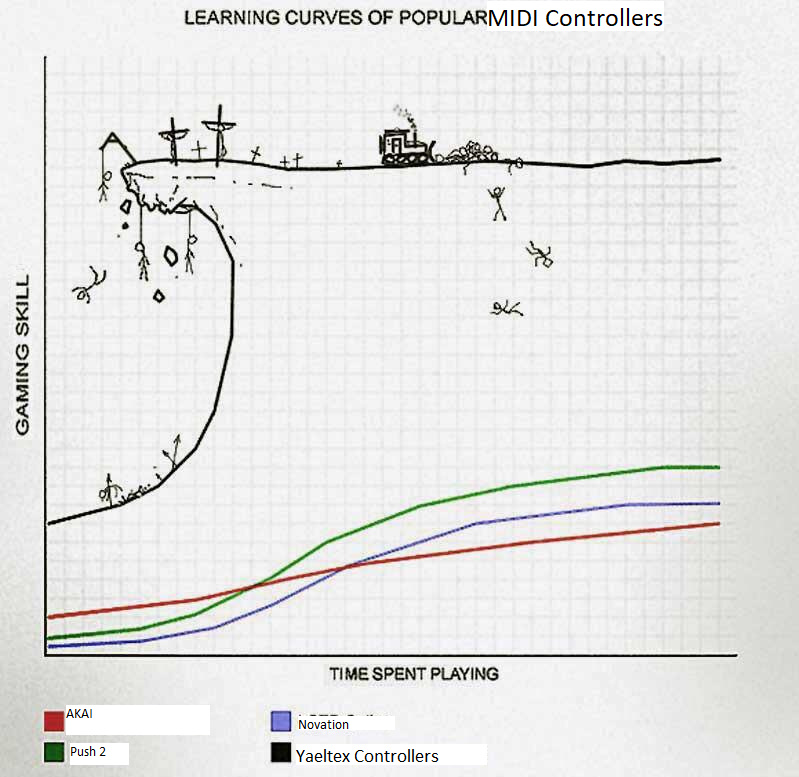 Ultimately, My friends at Yaeltex have made me a beautiful controller that will be molded exactly to my will!!! 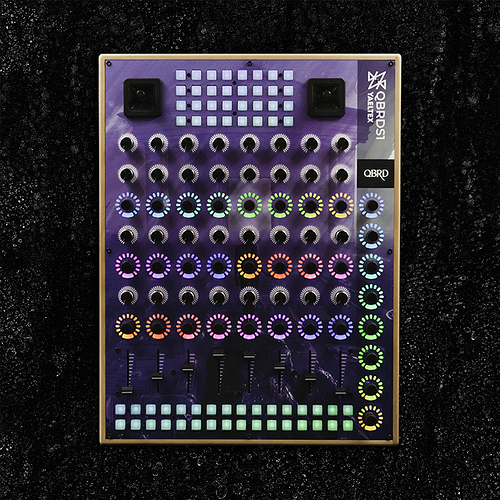 If anyone is interested I’ll be releasing my WIP using the controller here: https://soundcloud.com/qbrd1/tracks

And generally you can watch the process here: https://www.youtube.com/channel/UCzuxYDA6t5X26-rCIA5COxg

(Though, I need a good way to record the controllers… 'cause at the moment it’s just recording DAW sessions… so open to recommendations there)

ANYWAY! I have the ultimate controller!!! I am so excited!!!

Thanks a lot for sharing your model and tell us about how it came to your mind @qbrd. I’m glad that it passed the cat inspection. That’s one of the most important ones

Like, if there is ever a zombie apocalypse, I’ll grab my Yaeltex controller to bludgeon the zombies, then go make music. That should be your tag line! Yaeltex: so solid it could bludgeon a zombie then make music!

That’s why we released all this during a global pandemic after all. But yes… we are still waiting for the zombies… hitting the virus with these ones might not be a good idea.